As the name suggests, Dum Aloo Kashmiri or Kashmiri Dum Aloo is a superb example of rich cuisine of Kashmir, a crown of India. The deep fried baby potatoes are slow cooked on a low flame which allows them to absorb the amazing flavour of aromatic spice blend that is unique to this state of India. The cooking technique used is Dum Pukht where Dum means to ‘breathe in’ and Pukht means ‘cook’. There are conflicting statements when it comes to the origin of this technique of cooking which dates back to early 16th century. Some state that the origin of Dum Pukht is from Persia which was then introduced to India by the Mughals and others argue that it belongs to the Awadh or Oudh region (present Uttar Pradesh in India) in India. And some other sources simply states that the technique is based on traditional Indian method of cooking dishes buried in the sand.

The Dum Aloo Kashmiri recipe I am sharing here is the one that is perfected after many trials and errors. I don’t claim it to be authentic or traditional Kashmiri recipe. The balance of spices in this Dum Aloo Kashmiri varies from one recipe from another. This is my version of Dum Aloo Kashmiri where I have used the basic spice mixes used in Kashmiri cuisine which suits our taste. I have combined the unique blend of spices used in Kashmiri style of cooking like fennel seeds, ginger, Kashmiri chilli and hing/asafoetida with whole Garam masala (cinnamon, cardamom, cloves, star anise and bay leaf). The use of fresh spices is highly recommended as the flavour they add is incomparable to the ready-made store brought ones. This high flavoured spice blend is balanced by the rich gravy prepared using yogurt and the paste of cashew-almond which give it a slight edge of nuttiness. Also this recipe of Dum Aloo Kashmiri doesn’t use any onion and garlic and hence is Satvik style of cooking. Be generous with the use of salt and sugar in this recipe as they bring out the deep flavour of the spices to life. And also since you will be spending a little more time in the kitchen when preparing this dish, make sure you cook some extra as the leftovers taste even better a day after or even a two days later!

For the dough to seal the pot:
¼ cup Maida/All Purpose Flour
Water to knead the dough 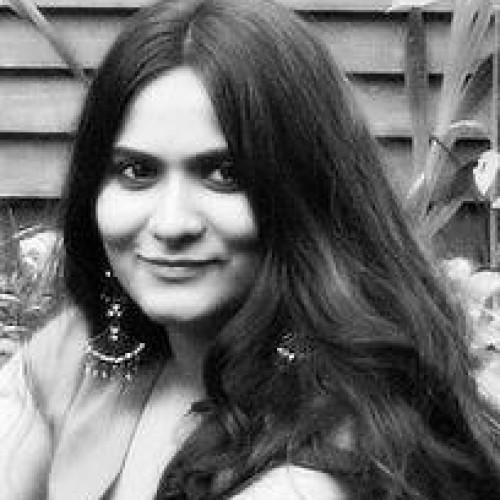